Dalmatian Coast: By Land or Sea 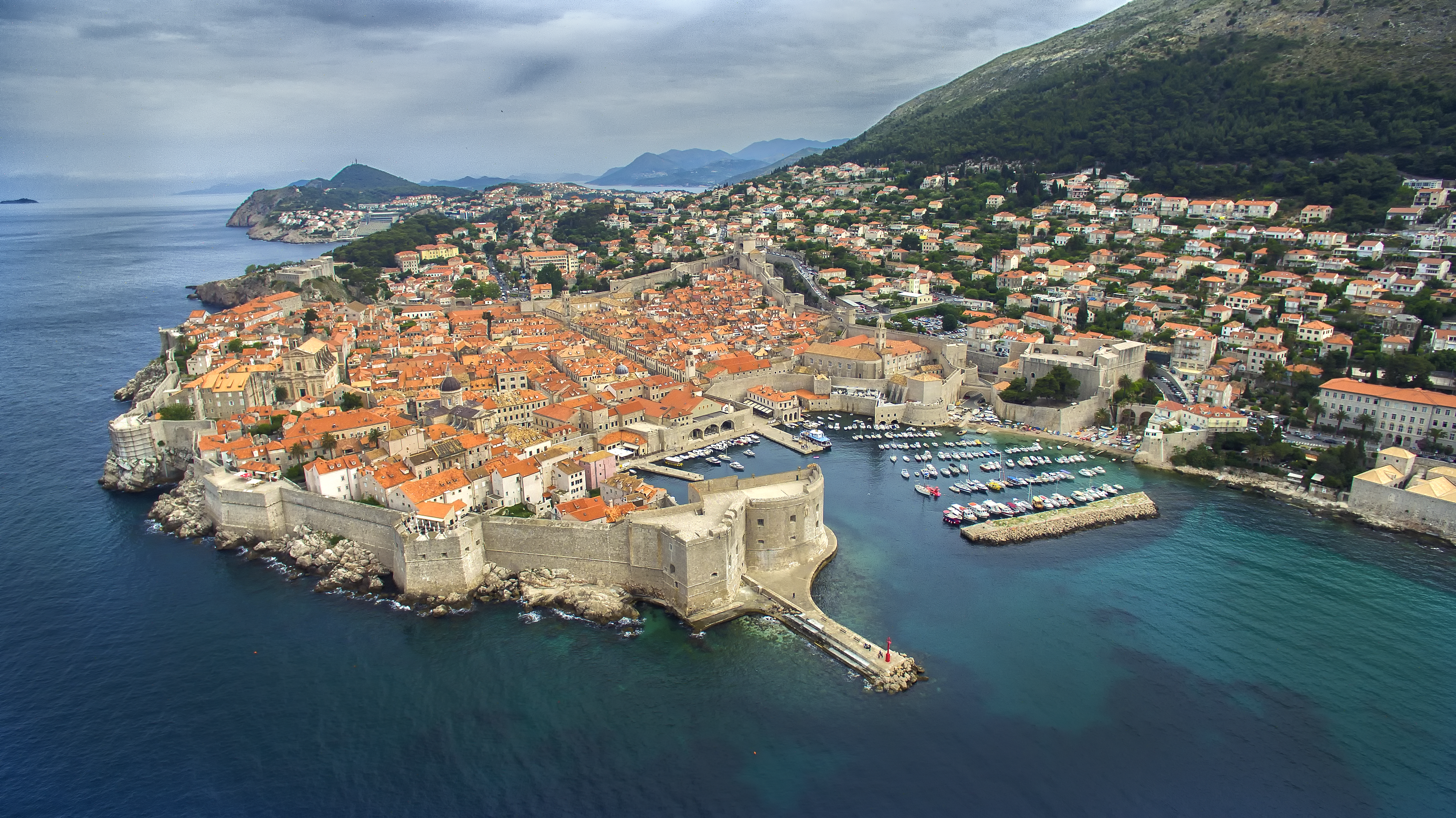 It didn’t take long for the sun-lit islands along the Dalmatian Coast to be rediscovered after the signing of the Dayton Peace Agreement in 1995.

First locals from Serbia, Croatia, and Bosnia-Herzegovina arrived for family vacations.  They were followed by Europeans and eventually,  North Americans, all of whom were eager to explore some of the more than 1,000 islands that dot the Adriatic. Croatia now rivals  established players in the  vacation arena like  Capri, St. Tropez and  Mykonos.

Before you book  rooms at  an airbnb, hotel, or ship, decide to travel independently or join a tour,  it’s worthwhile to explore  your options.  Some  prefer to be  island- based  in hotspots like  Hvar, a booming town. Another popular  land choice  is  the slightly less crowded and charming Korcula, a 15th century town. It was the southern-most city of the Venetian Republic  and still has an Italian ambiance  with traditional stone houses with red-clay roofs. At night, this charming old town it is delightfully quiet as day visitors have dispersed.  This is quite the opposite of Hvar and Dubrovnik,  Croatian towns that never sleep.

If you choose to be land based,  you can take your chances in Split  or  Dubrovnik, hugely crowded and bustling, in fact, bursting with tourists. Traveling in both places is like visiting a huge film set… think “Game of Thrones”  which was filmed  in the region.   Split is  an historic fortress town known for Diocletian’s Palace and the Roman Temple of Jupiter.  The crowds are daunting. The fourth-century edifice is not really a palace, more a military garrison and fortress, best visited at night where actors and singers often perform.

Some  stay-put visitors with a yen for luxury  opt for fabled  Hotel Excelsior Dubrovnik, recently renovated,  and  located on the  town’s waterfront.  It boasts  the best terrace in all of Croatia.  Should  you  walk the ramparts of the city,  you can still  see repairs made when Dubrovnik was  under siege during the  Croatian War of Independence  1991 -1995.   One guide reminded his walking-tour group that Dubrovnik barely survived a terrible eight-month siege in 1991. Built between the 13th and 18th centuries, the  1.2 mile  ramparts are now intact, steep in places, but worth the effort for the jaw-dropping views.

Although many visitors park themselves on one island and rely on numerous ferries or hire private boats to take them  on day trips, by far the best way to experience the magnificence of the islands is on a  yacht, preferably a small one.  There are so many in the summer months that they tie up adjacent to one another in the overcrowded harbors.  Passengers  may have to walk through as many as five or six boats  hooked up one next to each  other to get to the port.  These small boats  are  fast, efficient and comfortable but  in general not upscale,  with small cabins  for about 25-30 passengers.  They whisk  you to out of the way islands   during the day and at night,  to local harbors  where  you walk down the plank  for sunset “plavak,” a popular local wine, “ gregada,”  a  Hvar  fish specialty, and a grappa-like “lozovaca,”  typical of the region

The Adriatic is great sailing territory. As a rule, the seas are calm, the winds blow steadily, and the  private sailing  yachts are best bets, especially the  trimarins,  three-hulled  ships that sleep seven or eight plus crew.   One of the great advantages of sailing in these waters is the remarkable  vistas, the majestic white limestone mountains which dominate the rugged  coastline of  most of the islands. The captains also know secluded  places to drop the hook for swimming  in crystal clear waters, usually perfect temperatures throughout the summer and most of fall.

However you choose to explore, keep in mind what’s available almost everywhere:  taxis, bikes and mopeds, water taxis and ferries.  Count on fresh fish and seafood at every meal, good local wines, and  traditional Croatian hospitality.

This is the land of lavender, olives and wine, but few birds or wildlife.  And sadly, the once ubiquitous  Mediterranean monk seal, the unofficial mascot of the Adriatic, has virtually disappeared.

Bobbie Leigh has written for many national publications including The Wall Street Journal, Travel & Leisure, Departures and Art & Antiques.

3 Places That I Love on Lake Como

Your Next Wellness Escape: Losinj, Croatia

Dalmatian Coast: By Land or Sea